A lost girl walked among the brooding trees. Her eyes watched the ground beneath her bare feet with care. But a strange feeling surrounded her, and she lifted her eyes. There stood before her, a tall and twisted tree, covered in daggers of wood that, if touched, would pierce deep. She marveled at these aeonian thorns. They called her name alluringly, pleading for her attentions, and preying on her curiosities. But still yet, as nature would have, they pricked her delicate finger as she drew too close. As red trickled from the fair skin of her hand, she wondered. “What precious treasure could these daggers be protecting? What light could their shadows be hiding? What diamond could be found underneath the coal surface?”

A mystery never needed to be solved, a danger never destined to be faced. But it was the mystery that called to her, many before her, and many to come. It was a hidden beauty. A promise, an unknown. Without this mystery, the tree would lose is novelty, it’s hallow, and would become one with the forest floor. Lost would be the attention upon it, and the mysteries of the world would be unlocked and fade from existence.

As she continued her walk beneath the canopy, her eyes lifted towards the heavens and her hand raised above her head as if to cling to the komorebi light. The patterns of leaves, the varying shades, the breeze that made them sway in an effortless and predesigned dance. She knew the white clouds swam in the sea of blue behind the penumbra, out of reach and out of sight. But she took comfort and security in knowing that they would always remain.

As seasons past and as leaves fell, as snow lay and creatures slept, there would always be a Junoesque azure hanging above, and the simple white with the softness of a pillow would always drift in her midst. Even in the navy hue of night, with stars sprinkling the atmosphere and a sleepy moon smiling from the sky, there was a beauty that would never fade, and a security never to be lost. Even in the seemingly hopeless abyss, there remained a light. A hope.

Far above the canopy.

She proceeded to walk among the free roaming greenery, her fingers drifting over the waist high flowers, the weeds tangling around her ankles underneath her long skirts. Her bare feet sank in the soft tilled earth, toes digging through the soil, searching for the cool underground relief from the hot sun. As bugs crawled and buzzed, around her, she closed her eyes and listened the flourishment of the wood. She listened to the birds sing to her, and added lyrics to their song and lifted her sweet melody to join theirs, high above in the trees. As acorns and leaves fell around her, she was reminded that not all things last forever. But all things left something behind in the wake of their death. All things were significant. All things were alive. Even when not.

Even death could bring forth life.

The ground beneath her feet seemed to rise and fall with her breath, as if tied to her very lifeblood… or perhaps it was her, tied to the lifeblood of the wood.

In the heavens above her, a King walked among His trees, under His canopy, among His greenery. His crown of thorns lay on the ground by His feet, fallen from His brow.

This was the King.

The Creator of the very ground beneath her feet.

She was His heartbeat.

His princess- no. His queen.

His reason to be. 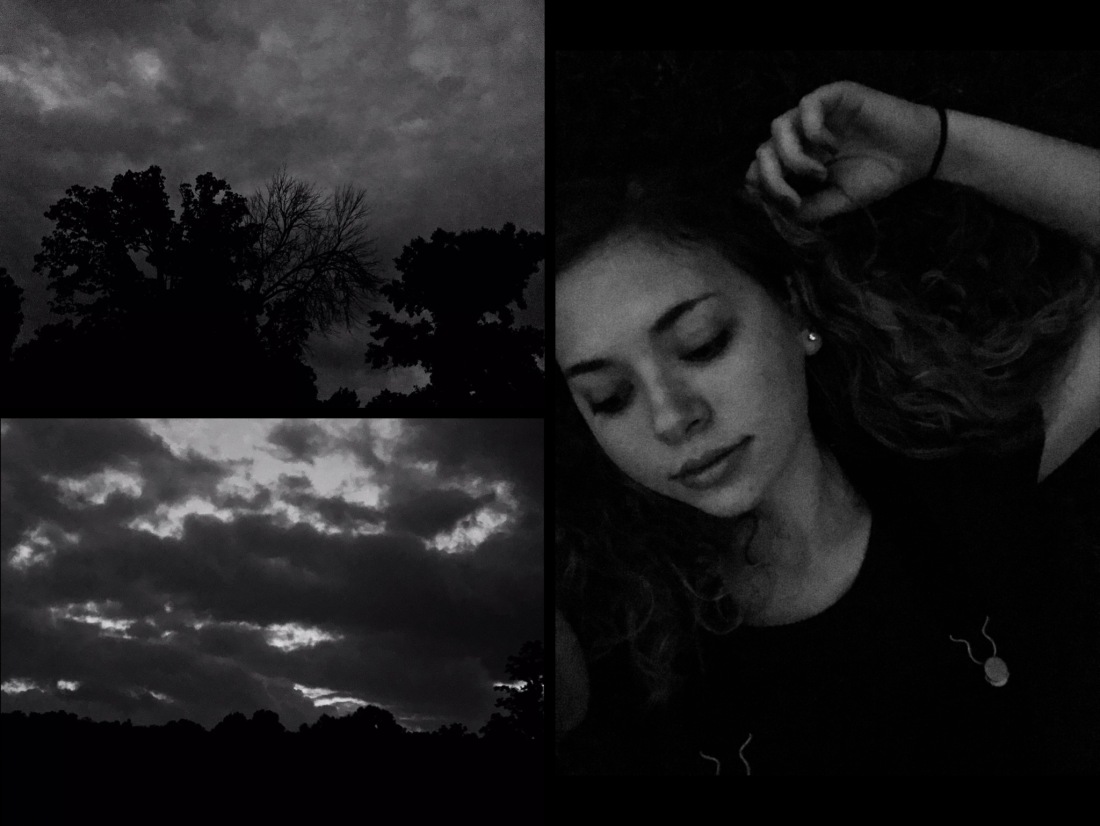 Behind the clouds, there is a beautiful light. A peace.
Through the sand, behind the gray, there is a hope.
Even with the dust that cloaks the mountainsides, still the mountains stand. Tall. Bold. Ever growing as greenery, flowers, and creatures run their trails.
Though the gray clouds hide the mountains’ beauty, this beauty doesn’t change.

The clouds may hide the light above us, but that light is still there.
The lights will never go out, they are only dimmed with the challenges of a day.
Until the moon fades away, the stars grow dim, and the sun goes out.
We must remember that these clouds will pass from us.

Someday, these shadows, these clouds, this gray. It will pass from us.
And the light we were once accustomed to seeing, will burn brighter than ever before.
And in the light, we will dance and sing, for we can see color again.
In the light, we will laugh and watch in awe, for life is beautiful to us once more.

This beauty was never gone, only hidden from the eye.
But even now, even though the life that lays before us is dark and sullen,
Should you watch close enough, you will catch a glimpse, a flicker of this light.
A flicker as trees sway, the mountains stand, and the clouds pass us by.